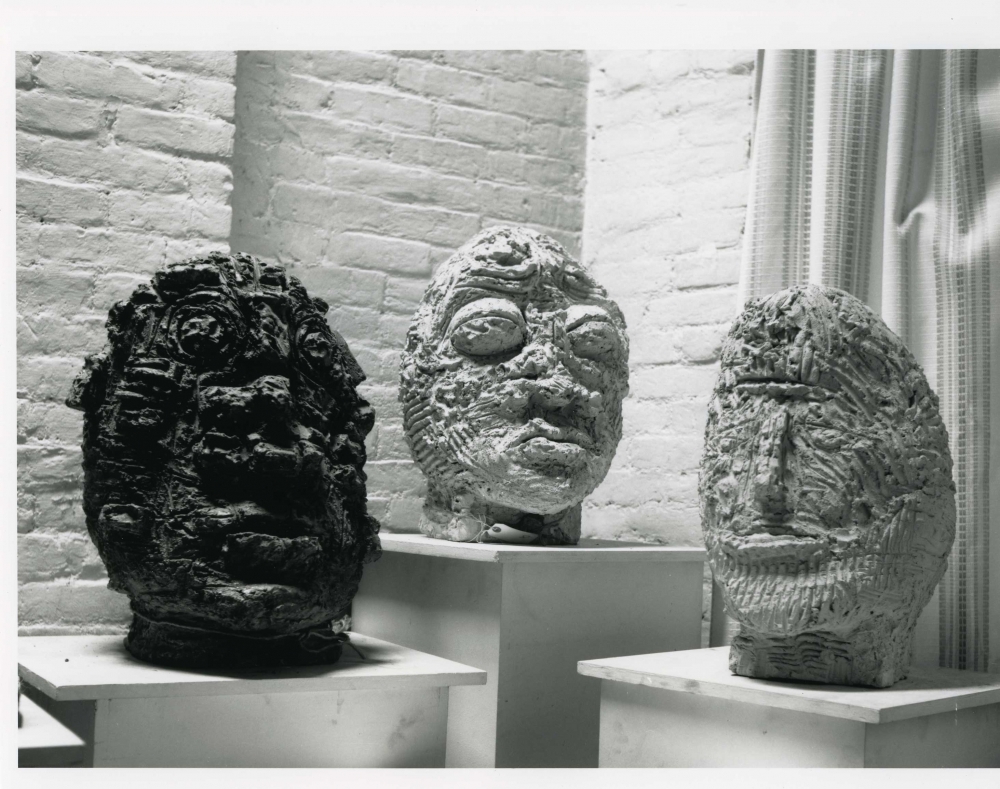 Reuben Kadish (1913-1992) was born in Chicago; his family moved in 1920 to Los Angeles. There, he befriended both Jackson Pollock and Philip Guston during his high school years. He studied at the Otis Art Institute in 1930. He apprenticed with Mexican muralist David Alfaro Siqueiros, and traveled with Guston and the poet Jules Langsner to Morelia, Mexico to paint a 1000 square foot mural. A model of the mural was exhibited at the 2019-20 exhibition Vida America at the Whitney Museum. Kadish and Guston, both in the early 20s, became art stars once the United States press became aware of their radically themed mural. The wall-sized composition, titled “The Struggle Against War and Fascism,” encompassed both Renaissance and Surrealist influences, with dangerous looking hooded figures strongly reminiscent of Ku Klux Klan thugs and their forebears from the Spanish Inquisition.

After Kadish and Guston returned to the U.S., they joined the artistic arm of the Works Public Administration. They painted a politically charged mural (recently restored) at the City of Hope Tuberculosis Center in Duarte California. After that, Guston moved to New York and Kadish to San Francisco.

As a WPA artist, Kadish executed the mural  “A Dissertation on Alchemy” in the Chemistry Building at San Francisco State College in 1937. During World War II, Kadish was recruited to join the U.S. Army’s Artist Unit, a branch funded by Congress to artistically document the war effort. Many of his images of bombed out villages in Burma and India and heart-wrenching scenes of death and starvation are now in the collection of the U.S. Army Center of Military History in Washington, D.C.

After serving in the war, Kadish moved to New York City, where he and Pollock renewed their friendship. Kadish worked as an assistant to the print-maker Stanley William Hayter, whose work-shop, Atelier 17, was located at 41 East 8th Street, across the street from the apartment Pollock and Lee Krasner, were sharing. 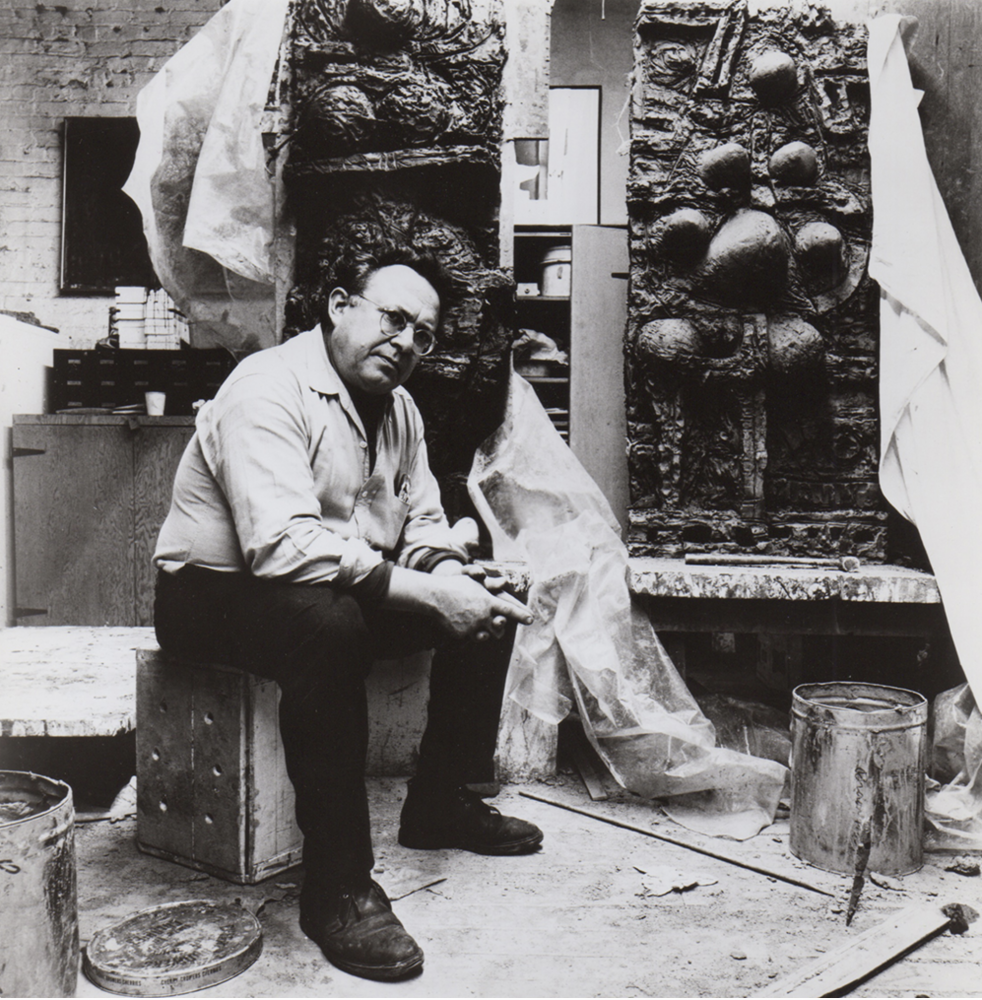 Looking for a place to live outside of the city, Kadish found a forty-acre farm in Northern New Jersey, about sixty miles from Manhattan. He more or less turned his back on the burgeoning New York art world and became a successful dairy farmer.  Sadly, a catastrophic fire in his metal quonset hut studio on the farm in the late 1940s destroyed all but a few of his Abstract Expressionist Paintings. He would never paint again. However, he would transform himself into a sculptor.

Once that transformation was made, Kadish moved his family back to New York City, renting out his land to tenant farmers and starting a new career. He taught design at the Newark School of Fine Art and Industrial Design, the Brooklyn Museum of Art School and, in 1960, began his long association with the Cooper Union in Manhattan as a professor of art history and sculpture.

Kadish created an impressive oeuvre of deeply scored terra cotta and bronze sculpture that was reflective of his Abstract Expressionist roots. He exhibited with the Elaine Poindexter Gallery and Grace Borgenicht Gallery. He was the subject of two retrospective exhibitions: at the Artists’ Choice Museum in SoHo (1985) and the New Jersey State Museum (1990).

His most prolific period came in the 1980s when he created a series of terra cotta and cast bronze heads. The heads are powerful, haunting works, originally inspired in part by the 40th anniversary of the bombing of Hiroshima.