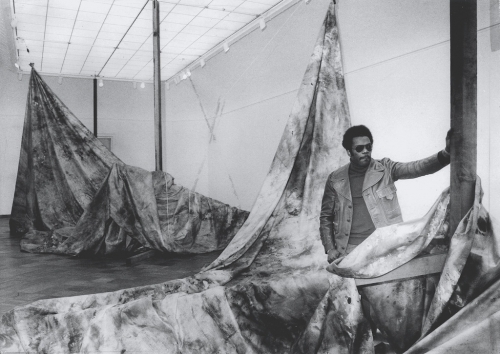 Sam Gilliam was raised in Louisville, Kentucky. He received his Bachelor of Arts degree from the University of Louisville in 1955, served in the Army from 1956-58, returned to Louisville and completed his MFA in 1961. He moved to Washington, D.C., in 1962, where he continues to live and work. Between 1965 and 1973, he exhibited at the Jefferson Place Gallery. Early museum exhibitions at the Phillips Museum in 1967 and the Corcoran Gallery in 1969 established him as an innovator, expanding and reinventing the possibilities of Color Field painting and the Washington Color School. Since that time, Gilliam has completed numerous large-scale, site-specific, commissioned installations in museums and outdoor public spaces all over the world. In 2005, the Corcoran Gallery organized a traveling retrospective exhibition of his work. 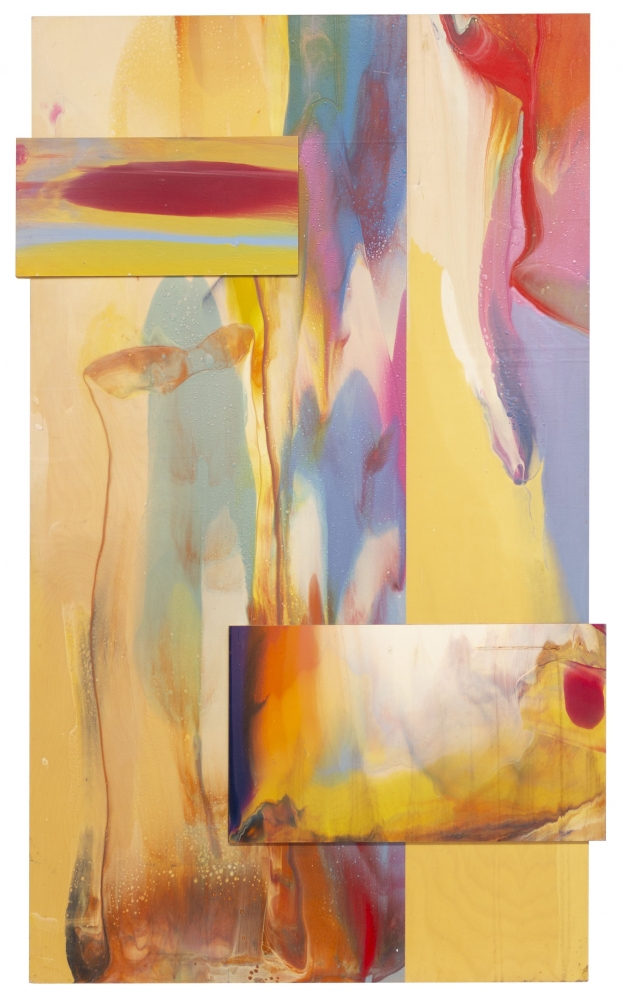 Gilliam is known for his experimental painting processes, such as folding canvases and staining them with vibrantly colored pigments. This work is a significant example of a folded and stained work, which was then stretched over a support. Other paintings from this period (“Drapes”) were left unstretched and extended into three-dimensional space. In this work, the folding process adds a linear element to the work, so that multiple approaches are visible: staining, dripping, and the suggestion of a spatial, sculptural construction. Gilliam originally worked with folded and stained paper work, and then began applying the same technique to cotton duck canvas so that he could work larger and engage the viewer’s space.

Gilliam is currently the subject of a museum exhibition “The Music of Color: Sam Gillian 1967-1973” at the Kunstmuseum, Basel, Switzerland.