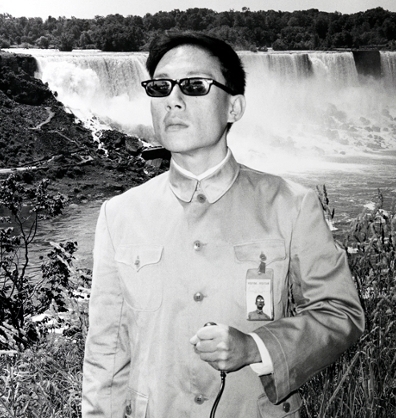 Tseng Kwong Chi is internationally known for his photographic series Expeditionary Self-Portrait Series a.k.a. East Meets West. In over 100 images, he poses in front of iconic architecture and sublime nature as his invented artistic persona, a Chinese “Ambiguous Ambassador” in the classic Mao suit. “A cross between Ansel Adams and Cindy Sherman,” the work explores tourist photography in a playful juxtaposition of truth, fiction, and identity.

Tseng was an important documentarian and denizen of the downtown 1980’s New York club and art scene. During his brief but prolific 10-year career, he created over 100,000 vibrant color and black- and-white photographs of his contemporaries Keith Haring, Andy Warhol, Julian Schnabel, Jean-Michel Basquiat, McDermott and McGough, Kenny Scharf, Philip Taaffe, Madonna, Grace Jones, the B-52’s,and Fab Five Freddy, among others, a rich historical archive of the decade. 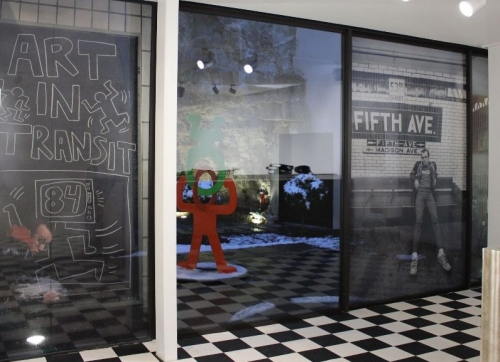 In 1990, Tseng died at age 39 from complications related to AIDS, leaving an enduring body of work that engages major photographic traditions — the tourist snapshot, portraiture, the Sublime tradition of landscape photography, documentary and performance. Tseng’s photographs have been exhibited widely in international exhibitions and are in numerous major public museums and private collections.

Color C-Print on 4-Ply Museum Board 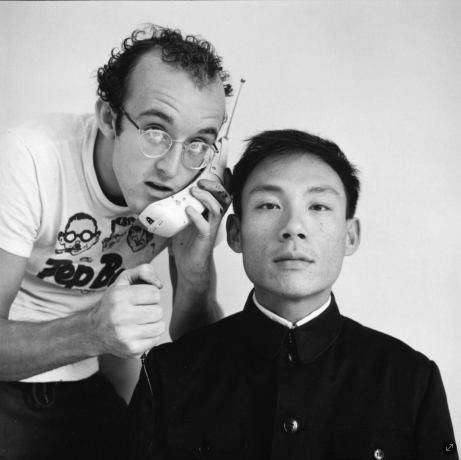 One late night in the spring of 1979, a man wearing high-waisted white corduroy pants on the corner of First Avenue and East Fifth Street immediately caught
Keith Haring’s attention. “He was so eccentric looking that I knew I had to meet this person,” Haring wrote in his journals. “I ended up sort of cruising him, but then we became friends.” 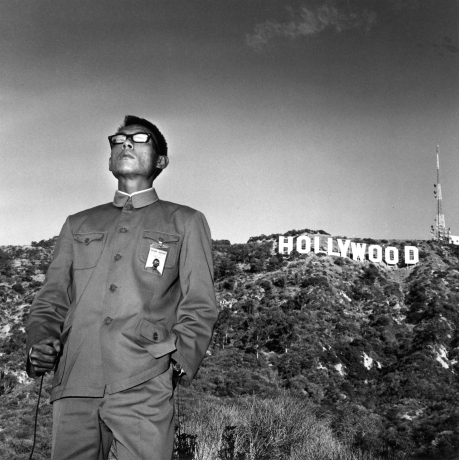 The New Yorker: TSENG KWONG CHI, AN “AMBIGUOUS AMBASSADOR” TO LIFE IN AMERICA

On an evening in December, 1980, the photographer Tseng Kwong Chi gate-crashed the party of the year: the gala at the Metropolitan Museum of Art. It was the opening night of “The Manchu Dragon,” an exhibition (organized by Diana Vreeland) of Chinese costume from the Qing dynasty. 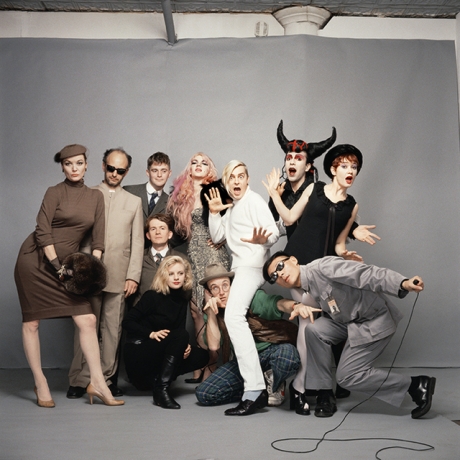 Art after Stonewall, 1969–1989 is the first major exhibition to examine the impact on visual culture of the lesbian, gay, bisexual, transgender, and queer (LGBTQ) liberation movement sparked fifty years ago with the Stonewall Uprising. The show includes works by openly LGBTQ artists such as Scott Burton, Vaginal Davis, Lyle Ashton Harris, Greer Lankton, Catherine Opie, and Andy Warhol. Also considered are the practices of straight-identified artists such as Alice Neel, Jean-Michel Basquiat, Lynda Benglis, and Kiki Smith in terms of their engagement with the newly emerging queer subculture. Divided in two parts, the show is on view at the Leslie-Lohman Museum of Gay and Lesbian Art, which primarily presents works from the 1970s, while here at the Grey Art Gallery, art from the 1980s is featured. 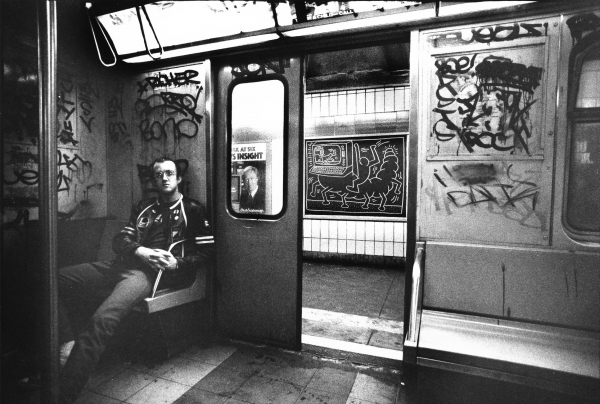 When an international art star curates an exhibition revisiting one of the most dynamic eras in American art history, expect fireworks. Eric Fischl, master of the loaded group portrait, has been the curatorial advisor for a stunning show featuring more than a hundred works by all the great personalities of the Eighties, beginning with him and his wife April Gornik, along with Julian Schnabel, David Salle, Ross Bleckner, Bryan Hunt, Jean-Michel Basquiat, Keith Haring, Kenny Scharf, Cindy Sherman, Robert Longo, Jenny Holzer, Robert Mapplethorpe, Annette Lemieux, Charlie Clough, Tseng Kwong Chi, Jonathan Lasker and others. The show also features a “hall of fame” of music and sports memorabilia, including Michael Jackson’s glove, Prince’s fashion, Madonna’s jewelry, and autographed items from the Islanders, Mets and the 1980 Olympic hockey team. 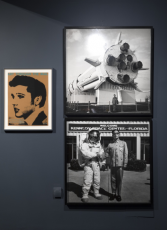 The East Village of the 1970s and 1980s continues to thrive in the global public’s imagination. Located in the basement of a Polish Church at 57 St. Marks Place, Club 57 (1978–83) began as a no-budget venue for music and film exhibitions, and quickly took pride of place in a constellation of countercultural venues in downtown New York fueled by low rents, the Reagan presidency, and the desire to experiment with new modes of art, performance, fashion, music, and exhibition. A center of creative activity in the East Village, Club 57 is said to have influenced virtually every club that came in its wake. 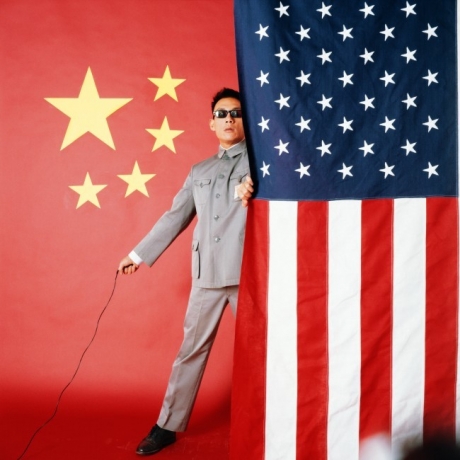 As an Asian boy growing up middle-class in America, I was taught assimilation was key. With the right dress and verbal codes, I could be a part of the the healthy, wealthy, and white lifestyle of magazines and sitcoms. Of course, I learned later this was false, and encountering the work of Tseng Kwong Chi helped me bury those aspirations for good. In his best-known series, East Meets West, Tseng photographed himself as the ultimate outsider: wearing reflective sunglasses and a “Mao” jacket, chin tilted up and unsmiling as he posed by the great monuments of the West — Disneyland, Notre Dame, the World Trade Center. He doesn’t hide the shutter release cable in his hand, reminding us that he is in control of the image. By simultaneously inhabiting every possible stereotype of an Asian person in 1980s America — tourist, communist, inscrutable, other, loner — he transcended all of them, creating an icon of himself. 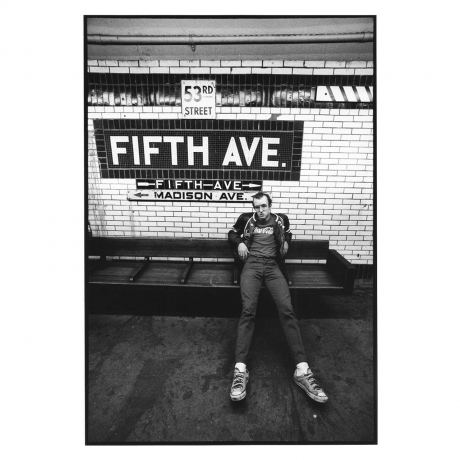 With artists like Cindy Sherman, Julian Schnabel and Jeff Koons making big waves, the 1980s were an explosively creative time for art. It was a fractious period, too, as artists and critics espoused or decried neo-Marxist theories as the art market boomed.