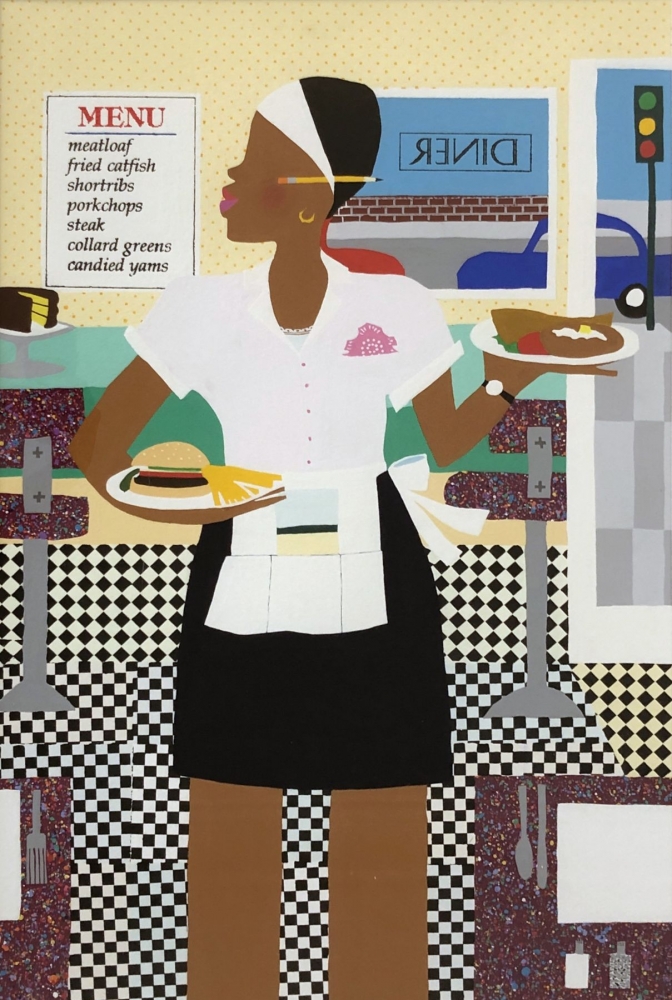 Founded in 1994 by four gallerists—Colin de Land, Pat Hearn, Matthew Marks, and Paul Morris—the Armory Show began life as the Gramercy International Art Fair, a yearly event at which art dealers took over rooms in the then-funky Gramercy Park Hotel, displaying art on chipped bureaus and in dimly lit bathrooms.  Now in its 26th year, the Armory Show is a much grander affair with nearly 200 exhibitors spread out across two piers on Manhattan’s West Side.

Eric Firestone Gallery is showing figurative paintings by Varnette Honeywood (1950–2010), whose work was popularized by its appearance on The Cosby Show, as well as a spectacular piece by Joe Overstreet (1933–2019) from his 1970–1972 “Flight Pattern“ series.
PIER 94, BOOTH 909

Link to Article
Back To Top