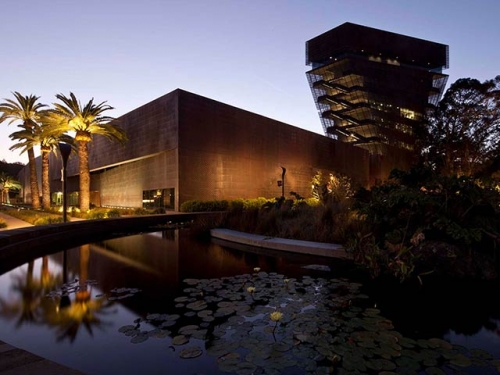 The internationally acclaimed exhibition Soul of a Nation: Art in the Age of Black Power will travel to San Francisco this fall. Celebrating the works that African American artists created during two pivotal decades in American history (1963–1983), the exhibition—organized by Tate Modern, London—examines the very purpose of art and the role of artists in society. Featuring more than 150 works by over 60 artists, the de Young museum presentation will uniquely include works closely connected to the San Francisco Bay Area. Soul of a Nationcaptures a turbulent time when race and identity were central issues in American society, much as they continue to be today.

“The artists featured in Soul of a Nation were on the front lines of creating social and political change,” says Thomas P. Campbell, Director and CEO of the Fine Arts Museums of San Francisco. “Their work changed the course of the art historical canon, and with this exhibition we continue to tell a truer, more holistic story of what American art is. The work is as relevant today as it was when created. It is my distinct honor to welcome this incredibly important exhibition to the de Young museum in San Francisco and introduce these artists to the next generation of changemakers.”

Commencing in 1963, the year of the March on Washington and in the height of the Civil Rights Movement, the exhibition examines the impact of key historical events, and diverse cultural influences including music and literature. Galvanized by the spirit of the times, and the struggle for equality and justice, many artists created images that promoted individual and collective strength, solidarity, and resistance. The call for Black Power generated powerful representational images of political leaders such as Wadsworth Jarrell’s Black Prince (1971) [Malcolm X], and John Outterbridge’s About Martin (1975) [Dr. Martin Luther King, Jr.], who were fighting for equality and justice. Reclaiming the African roots of abstraction from European and American modernists, artists, such as William T. Williams and Joe Overstreet focused primarily on color, form, and concept. Photographers such as Roy DeCarava depicted the diversity, complexity, and beauty of ordinary African Americans, trying to live their lives in the midst of a racist society. Together their art changed the face and future of America.

“The powerful and provocative artworks on view in Soul of a Nation offer eloquent testimony regarding the singular power of art to confront might with right, to empower individuals and communities, and to inspire cultural pride and solidarity,” notes Timothy Anglin Burgard, Curator in Charge of American Art at the Fine Arts Museums of San Francisco. “The core messages and meanings of these historical works retain their contemporary relevance and resonance, showing how far the nation has progressed, but also how many important issues still remain unresolved.”

The artists represented in Soul of a Nation worked all over the United States and across multiple mediums, including figurative and abstract painting, prints, photography, assemblage, collage, sculpture, street murals, performance, and even custom clothing. The de Young’s presentation will also include an expanded selection of works by African American artists working in the San Francisco Bay Area. Works with Bay Area connections include Emory Douglas’s lithographs with cutting social commentary for The Black Panther newspaper (late1960s / early 1970s), and Wadsworth Jarrell’s Revolutionary (1972), a kaleidoscopic portrait of Angela Davis.

Soul of a Nation: Art in the Age of Black Power will be on view at the de Young museum from November 9, 2019, through March 8, 2020. The exhibition is curated by Mark Godfrey, Senior Curator, International Art and Zoe Whitley, Curator, International Art, Tate Modern. The de Young presentation is curated by Timothy Anglin Burgard, Curator in Charge of American Art at the Fine Arts Museums of San Francisco.