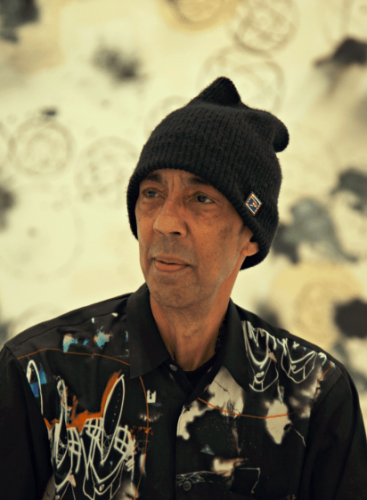 The artist known as Futura — to close friends, he’s Lenny — estimates that he visited around 17 countries last year. This year looks much different; he’s spent the majority of 2020 at home in New York.

He’s discovered that there’s plenty upside to staying close to home, including “Futura 2020,” his first solo gallery show in New York in 30 years, and the release of his eponymously titled monograph with Rizzoli.

On a recent rainy afternoon, Futura walks into the Eric Firestone Gallery in NoHo with a small cardboard box nestled in the crook of his arm. Inside are six cans of spray paint and a blue 3-D-printed version of his signature, which he’s been using as a reverse stencil to sign work. Despite being grounded by the pandemic, the artist is still busy as ever; he’s in the midst of working on a project with the Noguchi museum, painting lamps for an exclusive exhibition (hence the box of paint).